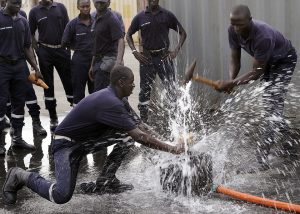 The condo board attempted to negotiate repairs with the original developer and contractors. The meetings went nowhere so the board filed a lawsuit asking for over $30 million in actual and punitive damages. It would be the beginning of a three year tussle. Millions would be spent, including money lost as the suit scared off intimidated buyers.

The adage that there are two sides to every story – especially in court – has its place in this complex matter. It has been said the flaws in construction were not serious. They could have been quickly repaired if not for a truculent condo board overreaching beyond contractual obligations.

Believers in this perspective agree there were issues with bathtub installation which led to discovering not fully sealed spaces between units that could cause smoke to migrate if there was a fire. But the risk was said to be minimal and repairs were easily done. Only, as in most cases like these, no one could agree who was responsible for the repairs, what they would cost and whom should pay.

Defendants argued that the board and its residents were sophisticated enough to understand the circumstances and were acting unreasonably. The plaintiffs argued they are victims. The defense countered that the board and its residence are savvy and wealthy, and have the resources and education to responsibly evaluate the situation. The board has tried to exclude personal information about owners’s wealth from the case and defense has argued, despite the escalation of needed repairs and the lawsuit, residents continue to spend, buying second and third condos in the building.

In the meantime, while repairs are finally being made, all residents have to move out, many into hotels that rent rooms costing more than many of us make in a month.