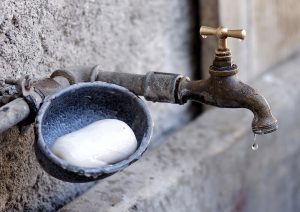 In the lawsuit, the attorneys allege that Veolia encouraged the public health crisis because the lack of recommendations caused lead to leech even worse. The company allegedly committed fraud by making misleading statements to the public about the safety of the water. In addition, the lawsuit alleges that professional negligence was a cause because the company should have known that the water needed to be treated in order to prevent corrosion.

Veolia recently released a statement that said that the allegations were inaccurate. According to Veolia, the work that they did was unrelated to lead. Instead, Veolia stated that they were hired to look at byproducts from disinfection chemicals and complaints of a bad odor. Copper and lead testing were not even included within the company’s scope of work because the city said that someone else would take care of that part of the analysis.

Meanwhile, another party to the lawsuit has stated that the state is completely mischaracterizing LAN’s services in Flint. According to LAN, it was the city’s choice to not use anti-corrosion chemicals. In reality, LAN says that they regularly recommended that the city begin using corrosion control and test the system.

Advocates in Michigan are primarily on the side of the defense. They believe that the state is using the lawsuit to remove blame from the people who are actually responsible for Flint’s lead crisis. Rather than absolving Governor Snyder of blame, advocates believe that all parties who are at fault should be held responsible.